Thus far, all my posts have been about burger joints in the Chicagoland area. Last weekend I was in New York City (NYC) visiting a friend. I wanted to see the city a little and most importantly, eat some of the good food. One of the places I visited was Shake Shack in Madison Square Park. It was a little cold out. About 5F, so we did end up taking the food back to my friends place to eat, about a 7 minute cab ride.

Can you believe they have a live camera feed from their joint on their website? It’s to show how big of a line there is.

I did not have the Shack burger. I wanted to get the double Shack burger, but was told there would be cheese all over and actually inside of it. So I was only able to order a double hamburger.

My burger was still really good. Everything tasted really fresh and in all honesty, if I wasn’t saving room in my stomach for steak from Wolfgang’s later on that night, I probably could have eaten two of them. I do think the place is a little over-hyped, as I was expecting something completely phenomenal that would rock my socks off. But I’m willing to concede that there were factors that worked against my review being completely fair.

These factors possibly contributed to me not giving the burger a more fair and accurate scoring. But nonetheless, it’s still a pretty good score. 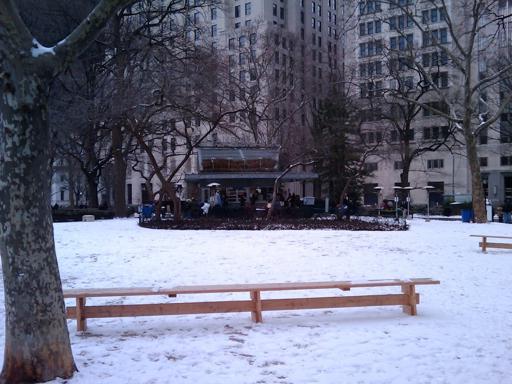 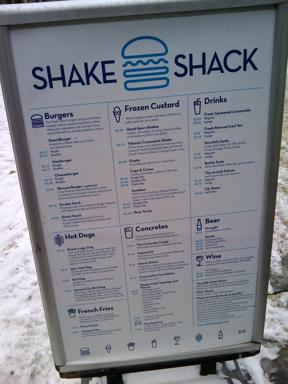 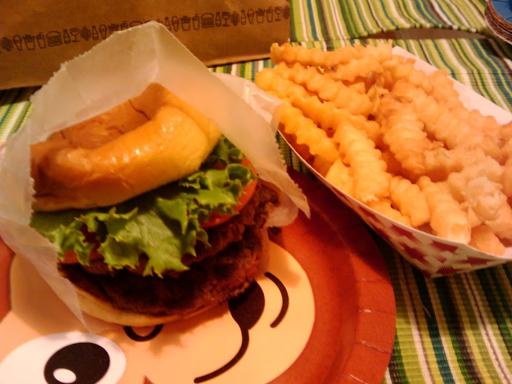