I heard about Fat Johnnie’s when I watched Anthony Bourdain’s No Reservations: Chicago Episode. I knew I had to check it out when they mentioned a tamale being placed in a hot dog bun, instead of a hot dog.

The place is literally a shack. There’s no indoor area, just a few benches outside next to it. The area isn’t the best of areas– not really the date kind of place, if you catch my drift. I happened to go on a day when a heatwave was going through Chicago, about 95 degrees Fahrenheit!

But despite the heat, discomfort, and shady area– I had a good time eating a tamale dog, which is the only thing I highly recommend there. 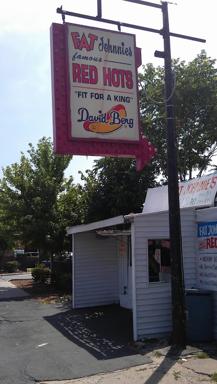 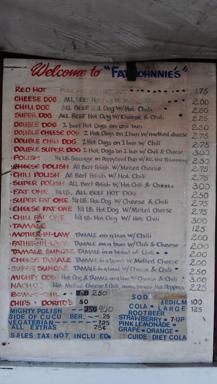 Suicide is a mix of everything: Cola, diet cola, fruit punch, grape, lemonade, orange, root beer, 7-up, and strawberry. 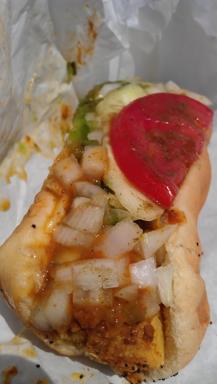 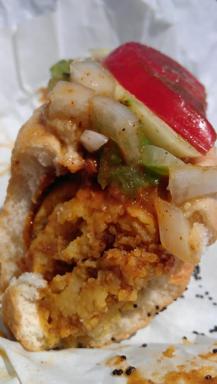