Over the weekend ForYourArt held a Around the Clock: 24 Hour Donut City across the street from LACMA. This is an event, not a restaurant! To be honest, I went for the donuts. So, every two hours, they will bring out free donuts from a different vendor– for 24 hours.

Wonderful. Feels like a challenge. Challenge acc…. ha, yeah right! No way I’m going to try to eat a donut every two hours for 24 hours! I only tried the first two sets, the strawberry donut from The Donut Man and the tres leches donut from Umamicatessen.

Ha, anyway, here’s what was available throughout the 24 hours: 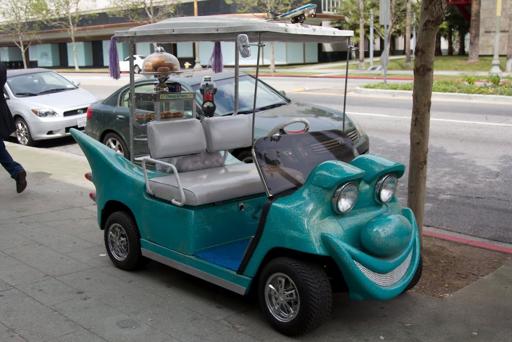 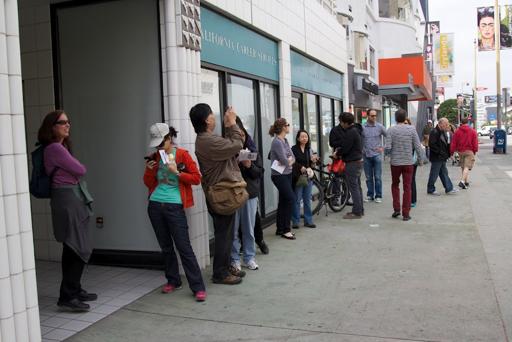 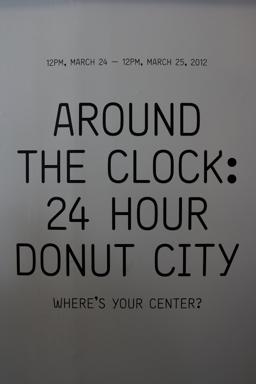 Strawberry donut from The Donut Man. I debated whether or not to bring it to my face, or bring my face to the donut. 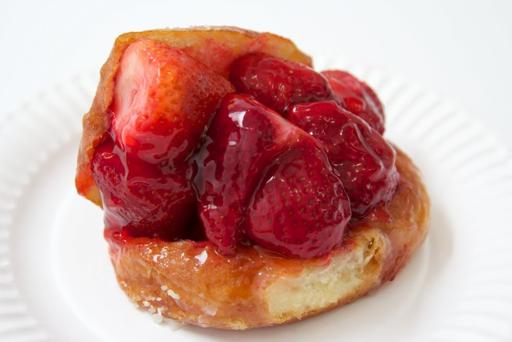 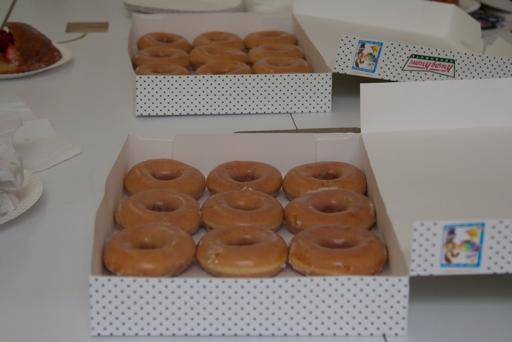 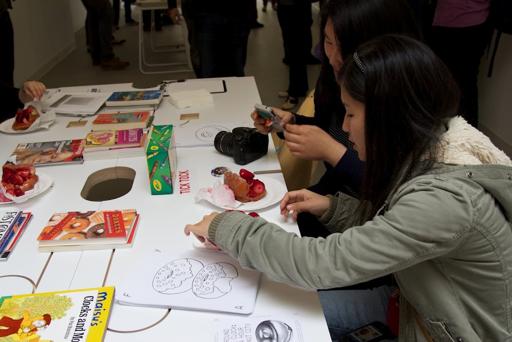 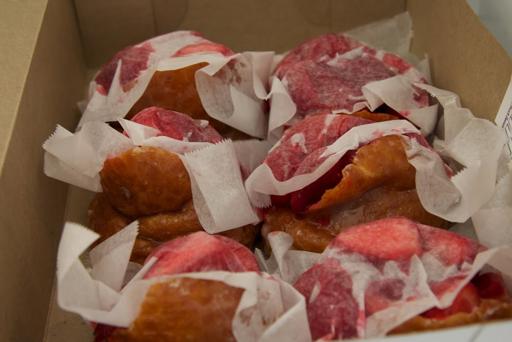 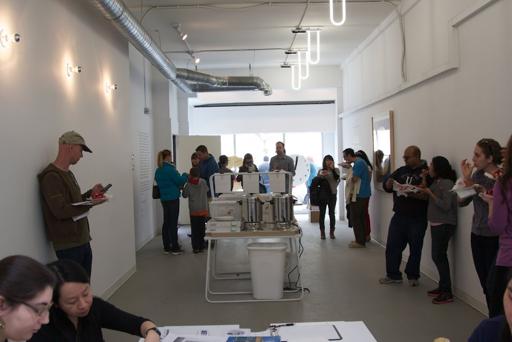 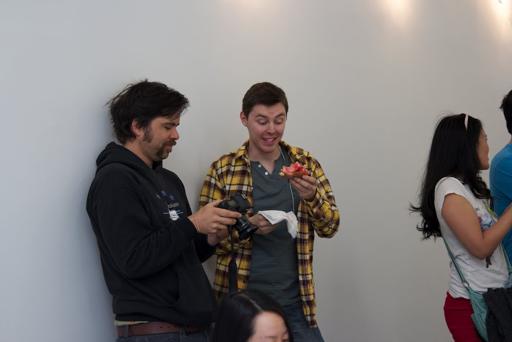 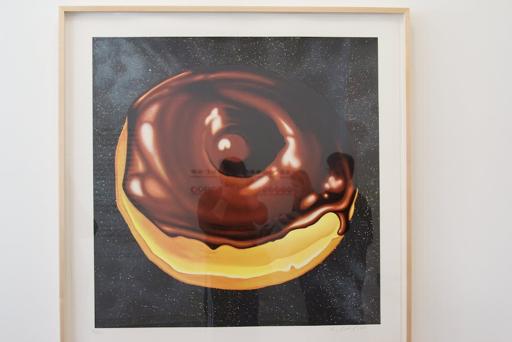 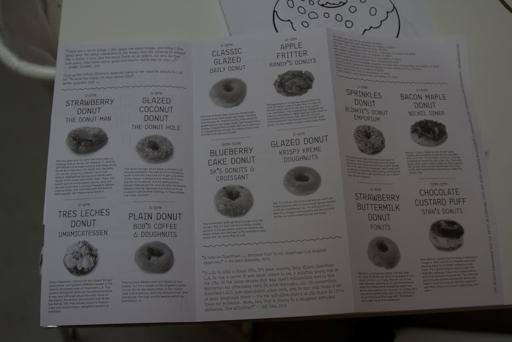 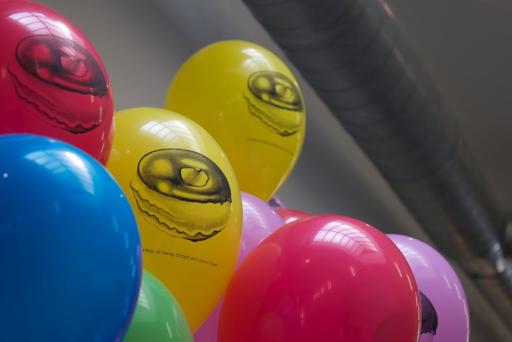 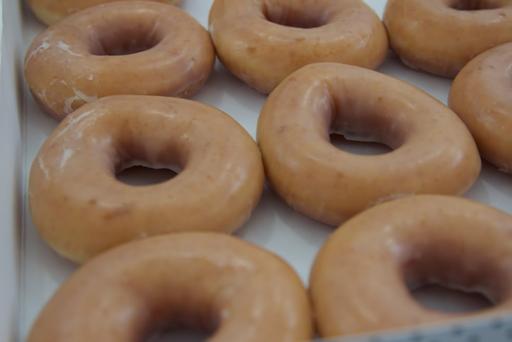 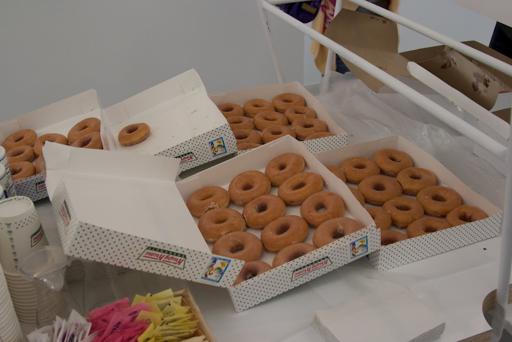 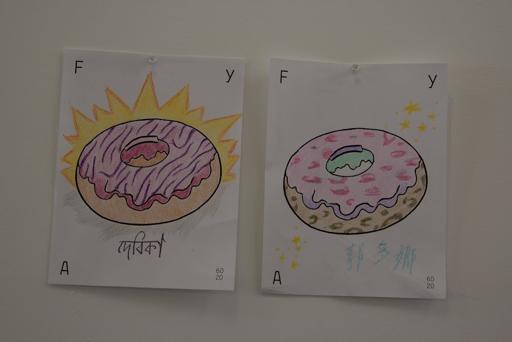 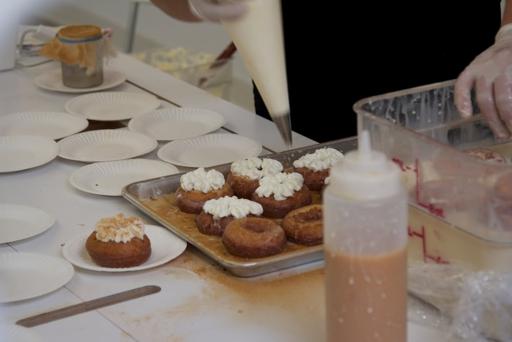 Wow this donut was super rich and heavy. Delicious though. I can’t imagine eating more than one. 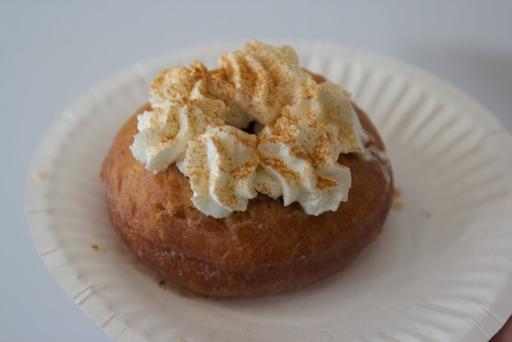